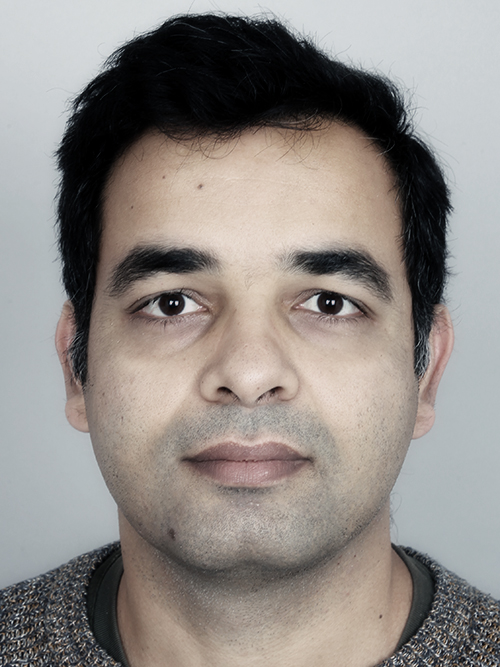 The ability to follow one another’s gaze plays an important role in our social cognition; especially when we synchronously perform tasks together. We investigate how gaze cues can improve performance in a simple coordination task (i.e., the mirror game), whereby two players mirror each other’s hand motions. In this game, each player is either a leader or follower. To study the effect of gaze in a systematic manner, the leader’s role is played by a robotic avatar. We contrast two conditions, in which the avatar provides or not explicit gaze cues that indicate the next location of its hand. Specifically, we investigated (a) whether participants are able to exploit these gaze cues to improve their coordination, (b) how gaze cues affect action prediction and temporal coordination, and (c) whether introducing active gaze behavior for avatars makes them more realistic and human-like (from the user point of view). 43 subjects participated in 8 trials of the mirror game. Each subject performed the game in the two conditions (with and without gaze cues). In this within-subject study, the order of the conditions was randomized across participants, and subjective assessment of the avatar’s realism was assessed by administering a post-hoc questionnaire. When gaze cues were provided, a quantitative assessment of synchrony between participants and the avatar revealed a significant improvement in subject reaction-time (RT). This confirms our hypothesis that gaze cues improve the follower’s ability to predict the avatar’s action. An analysis of the pattern of frequency across the two players’ hand movements reveals that the gaze cues improve the overall temporal coordination across the two players. Finally, analysis of the subjective evaluations from the questionnaires reveals that, in the presence of gaze cues, participants found it not only more human-like/realistic, but also easier to interact with the avatar. This work confirms that people can exploit gaze cues to predict another person’s movements and to better coordinate their motions with their partners, even when the partner is a computer-animated avatar. Moreover, this study contributes further evidence that implementing biological features, here task-relevant gaze cues, enable the humanoid robotic avatar to appear more human-like, and thus increase the user’s sense of affiliation.